“Spectrum fee is against TRAI’s recommendations” 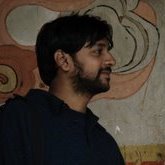 Spectrum is public property and must be used for public good as articulated by Supreme Court judge P B Sawant. Even though spectrum is public property, the government is a caretaker since it is a scarce and natural resource, AND has implications for national security given the rise of wireless communication technologies etc.
However, even as a caretaker, the government must realize that the caretaker’s job is to use the spectrum for public good. The government seemed to realize this in 2006, when the guidelines for community radio was released. However, it seems to have since forgotten that public good objective.
Charging fees for spectrum, from a non-profit sector, while within the ambit of their authority, is going against public good. Clearly, by imposing a five-fold increase, they have raised the barriers to entry and the net result is indirect censorship. The government order is also directly in opposition to the regulator TRAI’s recommendations in 2004, which advised the government not to charge any spectrum fee for this sector.
As the country heads towards general elections in 2014, one expects the government to show confidence in the public by increasing de-centralization and encouraging freedom of expression. However, the government has disappointed by effectively suppressing community radio stations which reach roughly 13 million people via 130 stations and many more waiting in line (300 more have already applied). One can only interpret this in two ways.
First: CR, in their eyes, it is too small a sector, to take the time and effort to create a special mechanism where spectrum fees for CR is not hiked or exempted. It is just easier to go with one-size-fits-all kind of policy making.
The other possibility is much worse – that the government has deliberately hiked spectrum fee for community radio fully well knowing that it will suppress the voices of the communities it should seek to amplify in the first place.
Given that we are a democracy, I would like to believe that the government still respects and wants to encourage freedom of expression, and this is merely an issue of laziness and carelessness.
I hope that the vibrant protests by communities across the country will take the shape of a wake-up call for the concerned authorities and they will take the positive step of not just rolling back the fee, but totally exempting the community radio sector from any payment of spectrum fees.
Continuation of the spectrum fee hike indicates incompetent governance or media censorship, both of which are dangerous for a country with deep inequalities and not enough avenues to voice discontent.
Ramnath Bhat, Vice-President, CR Forum, India

Voices from the field – Shridatta Gaikwad

CR News will now be available only online as an e-newsletter. It will incorporate features that make it more interactive with provision to post feedback and comments. Posting of audio and video stories will also be enabled. If you are not on the CR News mailing list, please send your mail ID to newscr2010@gmail.com to subscribe.

CR News is a quarterly newsletter brought out by the Chair. Report your experiences, events etc to the newsletter. Send your articles to: newscr2010@gmail.com